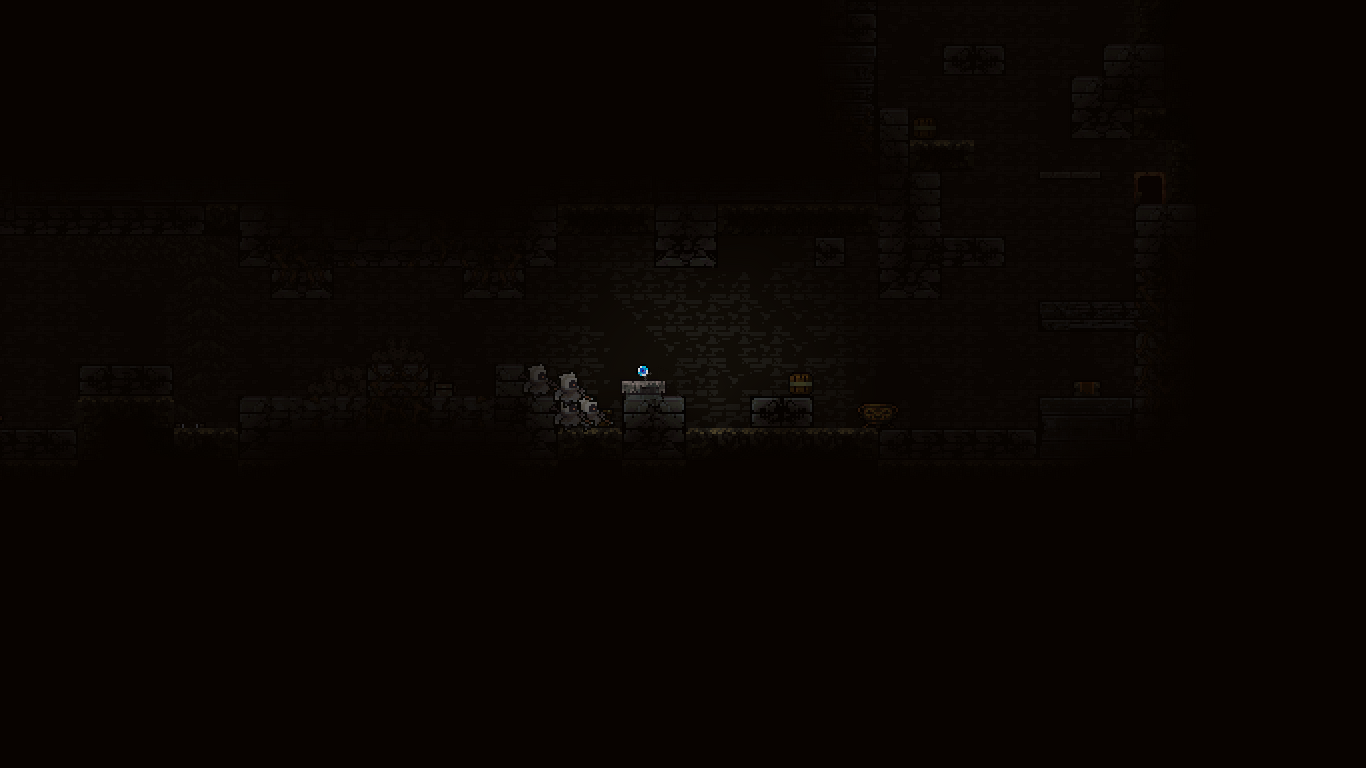 The Ruins are the optional level of the Dark Caves.

You can access it by unlocking the door at the second level of the Dark Caves with a Treasure Key. In this level, you can gather one of the four Rune Orbs (this one provides 2 INT) in the game. It is the only stage with 2 Spellbooks which is a huge incentive for this area, especially if you are playing Mage.

The Evil Mage is the boss of The Ruins.

The Evil Mage spawns after picking up the Rune Orb.

It is advisable to clear out the entire stage to prevent Cultist from interfering with the fight. You can immediately attack it after it finishes its spawning animation without any danger.

After its first teleportation, you should start to wait out his attack cycles and attack it when it stands still. Never attack the Evil Mage while he is waving its arms or it will counterattack with a really strong radial attack.

Once the Evil Mage is at half health he will start teleporting very often so you will have to move around to dodge his nova attack.

Having some elemental resistances can make this boss much easier. Resistance to ice can greatly reduce the time that you're frozen, and if maxed, provide complete immunity to all attacks except for contact damage.

Magic traps emit faint blue particles when active. If a creature steps onto the trap, it triggers a random effect and deactivates.

Light Feet gear lets the player walk across magic traps without triggering them.