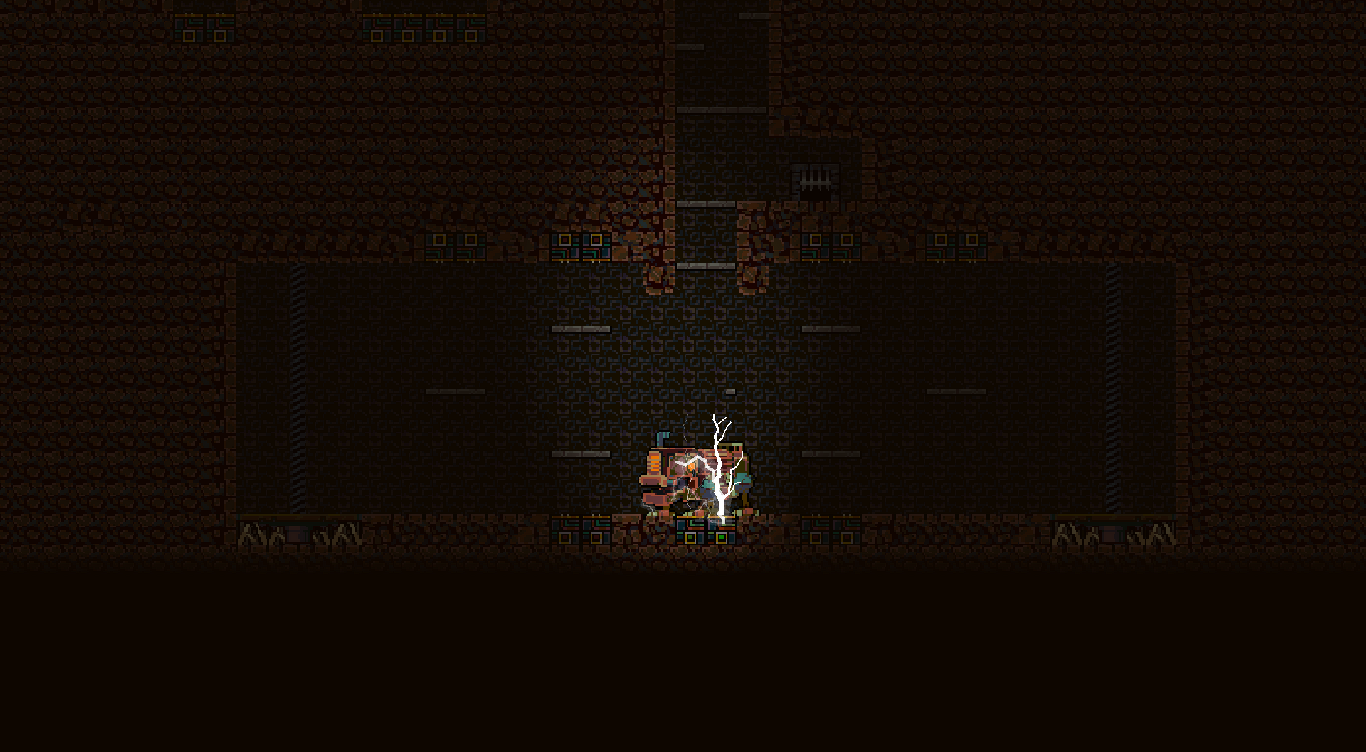 The Factory is the optional level of The Rift.

You can access it by unlocking the door at the second level of the Rift with a Treasure Key. In this level, you can gather one of the four Rune Orbs (this one provides 2 LCK) in the game.

The Rust Fiend is the boss of the Rift branch level: The Factory.

The Rust Fiend will stand idle at the bottom of the Factory until a player enters its arena. After that, it will open with summoning 2 mechanical spiders, and releasing charges of electricity.

Always pay attention to the electricity charges. The floor of the arena is lined with tiles that will conduct the electricity upwards, through the platforms. The ceiling also has these tiles.

If you can, have 4 electricity resistance before entering the arena. It will make the boss fight significantly easier. Bows will also make this boss easier.

The Goblin King destroys spikes as if he wore Spike Protection gear. Other bosses are entirely immune. Fox Thieves are also immune.

Found in The Factory. Acid deals a 15 damage every few seconds, which is likely to stun the player, keeping them trapped in the pool and forcing them to take further damage.

The damage dealt in this way is a unique type of elemental damage. No source of acid resistance currently exists, not even from the +1 all resistances stat boost.

Found in The Factory. Volt Traps are harmless until a bolt of electricity (originating from a Mechanical Spider or from the Rust Fiend) comes into contact with them. In those cases, they create a high, powerful and short-lasting pillar of electricity.