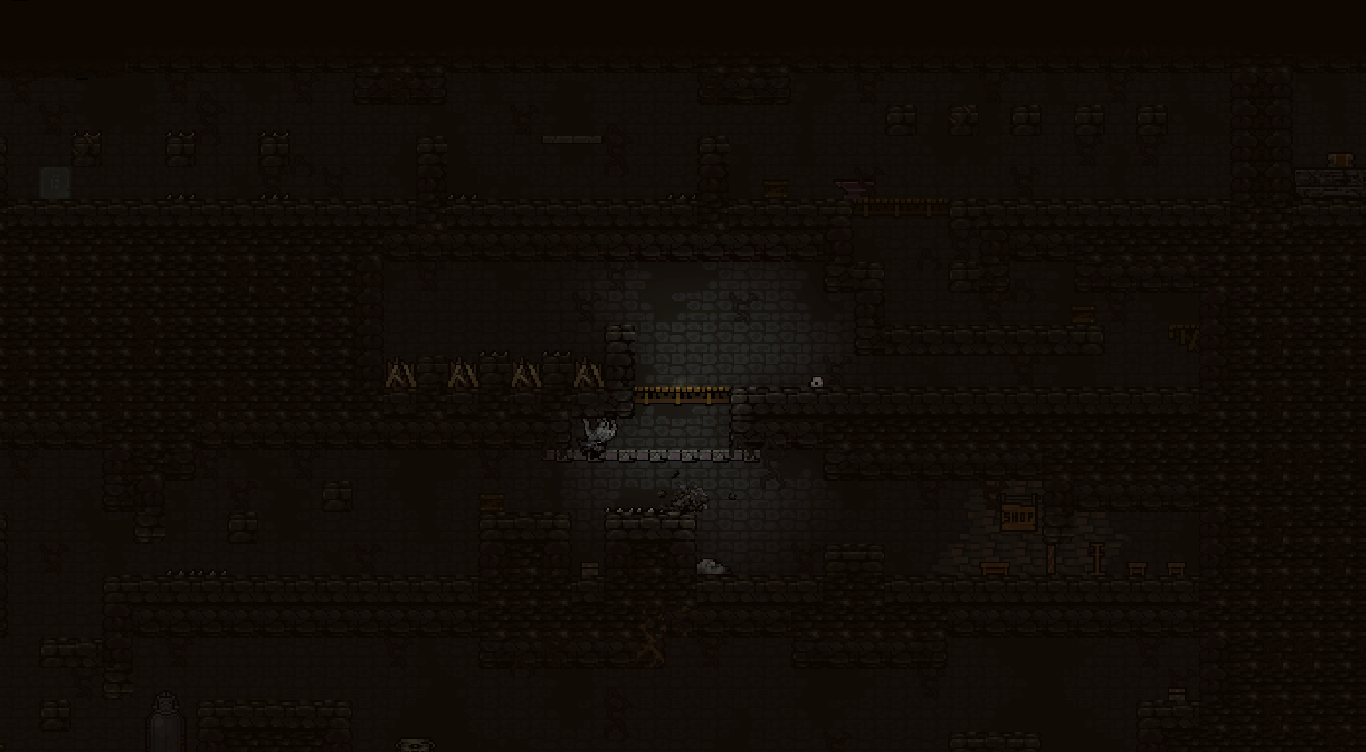 The Catacombs are the third Area of the game.

This Area is generally considered a massive difficulty spike in comparison to Forest. Take your time, and watch your health!

Will follow the player with wall phasing ability, cannot be hit while he's moving.

Right after triggering the boss and grabbing his attention, make sure to run to a previously cleared area (or just clear the area around him) wait for a while until he follows you with his Teleport ability, then retreat and repeat.

Watch out for the Possessed Bones as they are deceptively lethal. It is possible to jump over the flying bones and quickly re-engage the boss.

Be aware that having Hands, or Zombies around can make this already difficult fight, even tougher. Be sure to clear the area!

Abomination starts off with two spike balls, then gains spike balls as he loses health, they also don't orbit him when he's not attacking. When it spots the player, it will enter a short period of invulnerability.

You can try to slip through its spike balls and get as much damage in as possible until just before it starts launching spike balls at you which then you must evade them. After evading the spike balls, you then repeat the same process.

One of the best places to fight the boss is wide open ground, this allows you ample room to dodge the spike balls and kite the boss.

You can try to kite it by using ranged attacks such as spells and bows.

While the Abomination can move quickly through open areas, it is pretty slow while navigating through narrows chokepoints and while climbing up floors.

The Zombie Dragon is a flying mob, which gives him enough mobility around the battlefield to chase the player in almost any area, Positions itself based on what attack it's going to do, Has Similar attack patterns to the Dragon in the Dark Caves

Just after the boss fight begins, retreat to a better positioning with no spike traps nor monsters and stay tuned for The Zombie Dragon to start his Emerge! attack animations.

Jump upon his impact to avoid shockwave damage and counterattack quickly, then hide behind a wall at least 2 tiles tall fight to avoid damage.

Be aware that the fireballs will still deal damage you even if you have +4 fire resistance.

The Goblin King destroys spikes as if he wore Spike Protection gear. Other bosses except for the Rainbow Slime are entirely immune. Fox Thieves are also immune.

Also known as spring-loaded spike traps, these gray knives are buried into the ground. They trigger only when a player walks on top of them, as no other creature triggers the trap. The knives surge upwards after a short delay, instantly killing any unlucky creature standing above.

Light Feet gear lets the player walk across knife traps without triggering them.

Spike Protection gear still causes knife traps to be activated. However, instead of 999, they will only deal 5 damage.